Nowadays, silicon is the most important material in the semiconductor industry and also important for applications in the microprocessor and solar cell production. However, there are combinations of elements such as gallium and arsenic that would lead to better performance in these devices. Currently, these are still very expensive to produce, so that silicon has been able to establish itself well. The ERC MultiBD-CHALLENGE project deals with the computer-aided design, synthesis and applications of compounds with exotic element combinations. Due to the novel nature of the target molecules, it is expected that they will not only improve current semiconductor manufacturing, but also provide innovative reagents for the activation of organic small molecules and versatile metal-free catalysts.

"The Saarland University provides a priceless environment for my research, where I can learn from the know-how of my colleagues. In addition, the institutions here have an excellent infrastructure and this allows me to carry out research at the highest level."

Diego Andrada was born in Cordoba, Argentina, in 1983. He graduated from the National University of Cordoba in 2005 with a diploma in chemistry and received his PhD from the same university in 2011 with a thesis on the reaction mechanisms of Fischer-Carben complexes. He then worked as a postdoc in Göttingen and Marburg. Since 2017 he is a researcher at the Saarland University (USAAR) at the department of inorganic chemistry chaired by Professor David Scheschkewitz. We talked to him about research at USAAR, his ERC grant and the support offered by Route 2025.

In the semiconductor industry, silicon is currently the measure of all things, for example for microprocessors or solar cells. This, in spite of the fact that there are semiconductor materials based on element combinations such as gallium and arsenic that have better characteristics for such applications, but which are currently very expensive to manufacture.

Within the framework of his MultiBD-CHALLENGE project, which officially started on February 1, 2019, Andrada will spend the next five years at Saarland University researching how such compound semiconductors function at the molecular level. As a result, these materials could then be produced more cheaply in the future. The periodic table is full of elements that chemists combine in different ways to form molecules with specific properties. Interestingly, most element combinations are based on a few chemical bonds. Using quantum-mechanical calculations in combination with experimental approaches, the young chemist wants to find out how elements from groups 13 and 15 can be combined in an innovative way in order to create highly reactive but still stable molecular precursors for material synthesis.

Asked what he likes most about Saarbrücken, Andrada emphasizes the excellent reputation of the university in the fields of inorganic chemistry and materials science, as well as the working environment at his institute, which is characterized by collaborative work and mutual learning. But he sees the outstanding infrastructure of the university, which enables him to conduct research at the highest level, as the greatest added value.

In October 2018, he received the prestigious European Research Council (ERC) Starting Grant worht 1.5 million euros for his project. Starting Grants are awarded by the European Research Council to support young researchers at the beginning of their independent career and to promote fundamental-oriented research. For Diego Andrada, the scientific independence that the grant gives him is particularly valuable: "The Starting Grant offers me even greater scientific freedom and the great opportunity to think outside the box, to open up new perspectives for myself and to advance my field of research in this way.” 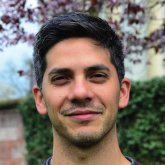 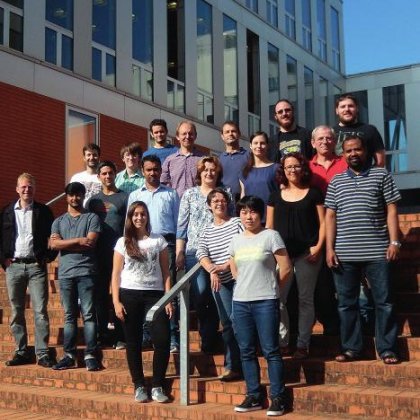