Coordinator of the "OpenSuperQ" project

Research in the field of quantum technologies has made great progress over the past years. While a decade ago it was primarily a sandbox for theoretical considerations, today it is on the threshhold of making a breakthrough in our everyday technological life. For example, extremely powerful quantum computers can solve problems, that take today's conventional supercomputers to the limits of their performance, much faster and more efficiently. As part of the "OpenSuperQ" project, ten partners from science and industry will develop and build a European quantum computer over the next three years under the leadership of the physicist Frank Wilhelm-Mauch, a researcher at Saarland University. "OpenSuperQ" is part of the European Commission's €1 billion flagship programme for research into quantum technologies. It is funded with aprox. 10 million euros.

"An outstanding and globally unique feature of OpenSuperQ is its open and integrative approach. We firmly believe that this approach will benefit many quantum technology users worldwide and will help to train the next generation of quantum scientists, developers and users".

The world is currently taking the first steps towards a second quantum revolution, in which quantum technologies will play a decisive role. Over the past years, quantum computing has evolved from a concept of basic research to a sustainable cloud offering that will influence people's daily lives in a variety of ways. Saarland University has outstanding expertise in the research of these future technologies and will continue to stimulate science in this field with OpenSuperQ. OpenSuperQ aims to build a functional quantum computer with 100 quantum or qubits, based on superconducting circuits and with an open source software operating system, which will be available to everyone for editing. In addition, a permanent research laboratory will be established at the Forschungszentrum Jülich, where the quantum computer will be located, and to which open access will then be made available via the cloud.

"An outstanding and globally unique feature of OpenSuperQ is its open and integrative approach. We firmly believe that this approach will benefit many quantum technology users worldwide and will help to train the next generation of quantum scientists, developers and users. In addition, the planned central location at the Forschungszentrum Jülich will promote the transfer of technologies into new applications", Prof. Frank Wilhelm-Mauch states with conviction. The computer will be one of the world's leading platforms and the first of its kind in Europe.

With OpenSuperQ, Frank Wilhelm-Mauch has succeeded in bringing one of the most ambitious initiatives of the European Union - at least in part - to the Saarland: with a budget of one billion euros and a duration of ten years, the so-called "Quantum Flagship", to which OpenSuperQ belongs, unites research institutions, universities, companies and political actors in an unprecedented scale. The main objective of the flagship is to strengthen and develop the pioneering role and excellence of European research in this field. In addition, the initiative is intended to translate quantum technologies from the research laboratory into everyday technology. With over 5,000 researchers from science and industry, the flagship aims to create the next generation of disruptive technologies, that will enable Europe to become a global knowledge-based industrial hub and technology leader.

"We are lucky to have a team consisting of some of the most renowned actors in this field. A field which combines science, technology and application development at the highest level", says Prof. Wilhelm-Mauch emphasizing the quality of the international "OpenSuperQ" research team. 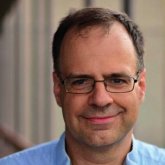 Frank Wilhelm-Mauch, born in Stuttgart, studied physics at the University of Karlsruhe (today's KIT), where he graduated in 1996 and received his doctorate in 1999. His doctoral thesis in the field of theoretical solid body physics focused on superconducting nanostructures. He began his work with the quantum computer in 1999, initially as a theorist in an experimental group. In 2001 he went to LMU Munich, where he habilitated in 2004 and became a private lecturer. In 2006, he became Associate Professor at the University of Waterloo, Ontario, Canada, at the interdisciplinary Institute for Quantum Computing and the Department of Physics with co-optation into electrical engineering and information technology. Since 2011 he has a full professorship for theoretical physics at Saarland University. 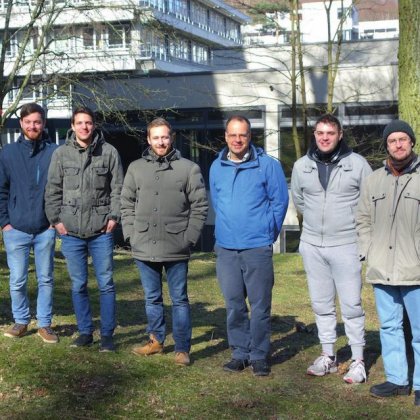